A Brief History of France is a story that covers the formation of the nation through its people, great events, and culture. It starts with the Roman conquest of Gaul in 121 BC and then goes through the Middle Ages when it became a republic. The French Revolution is considered to be one of the major turning points in European history and it had profound effects on France. Today, France is among the globe’s oldest nations, and its history is shaped by its people, culture, and great events.

The Gauls in France’s History

The Gauls were a group of Celtic tribes who lived in mainland France. The Roman name for what is now France was Gaul, and the first written record dealing with the ancient Gauls in France comes from around 500 BC. The Romans conquered the Gauls in 58 BC. After the fall of the Roman Empire, the Franks conquered the area and gave it the name Francia.

The Franks in France History

The Franks were a Germanic tribe who settled in the area that is now France in the 3rd century. The name ‘France’ comes from the Frankish tribe. The Franks were powerful under Charlemagne and the medieval Kingdom of France emerged from the western part of his empire. The country of France emerged from what had been the Celtic territory known as Gaul. The Germanic Franks migrated into this area and Clovis I declared himself king of all the Franks in 481 AD. Gregory’s Historia Francorum (History of the Franks) is a major source for the history of France under the Merovingians (who ruled from the late fifth to early eighth centuries).

The Valois and the Bourbon Dynasties

The Valois and Bourbon dynasties were two of the most important in French history. Valois ruled from 1328 to 1589, while the Bourbon dynasty ruled from 1574 to 1789. Both dynasties had a profound impact on French politics, culture, and society. The Valois were responsible for continued work on the nation’s infrastructure and for expanding the royal bureaucracy. While the Bourbons oversaw a period of great prosperity and artistic achievement.

France’s Renaissance began in the early 1500s under King Francis I, who greatly encouraged the arts and scholarship. One of the most famous patrons of the arts during this period was Catherine de Medici, who was married to King Henry II. She was an Italian noblewoman who became one of the most powerful women in Europe. Sadly, she is also remembered for her role in the St. Bartholomew’s Day Massacre. In this critically acclaimed biography, Leonie Frieda reclaims the story of this unjustly maligned queen to reveal a skilled ruler battling for power in a dangerous time.

The Wars of Religion

The French Wars of Religion were a series of civil wars fought in France between 1562 and 1598. The main conflict was between the Catholic majority and the Protestant minority, with both sides attracting support from other European countries. In total, around eight million people died in the Wars of Religion, making it one of the most destructive periods in French history.

A Brief History of France: Louis XIV, ‘The Sun King’

France has a long and interesting history surrounding its royals. But certainly, the one who turned around France in its time of need was Louis XIV. Louis XIV was born in 1638, in France. He became king in 1643, at the age of five, when his father passed away.

This is the story of Louis XIV, who ruled for 72 years, longer than any other king in history. Under his patronage, French literature and art became the model for all of Europe. He also helped to make France the leading European power through his military successes. For example, in 1658 Louis faced a great conflict between love and duty when he had to choose between staying with his new wife or going off to fight in a war. However, he chose duty and left for battle. This act earned him the respect of his people and set him on the path to becoming one of history’s most legendary rulers.

18th century France was a period of great change for the country. The French Revolution shook up the social order and ushered in a new era of politics and culture. The Ancien Regime came to an end, and France emerged as a major world power. The 18th century was a time of great progress for France, both politically and culturally.

The French Revolution in France’s History

The French Revolution was a watershed event in world history that began in 1789 and ended in the late 1790s with the ascent of Napoleon Bonaparte. The revolution resulted from many factors; some long-term, some immediate. The French monarchy’s political power had reached a zenith under the rule of Louis XIV. It is also the Sun King. However, by the late eighteenth century, the monarchy was deeply unpopular with the people. A burgeoning worldwide colonial empire had left France deeply in debt.

Moreover, many felt that the monarchy was out of touch and too powerful vis-à-vis the people it governed. The spark that ignited the revolution came in 1789 when King Louis XVI called a meeting of an advisory body called the Estates General to discuss how to solve France’s financial problems. However, this body had not been convened since 1614 and its members were not representative of all social classes. This led to frustration and protests, which quickly escalated into violence.

The French Revolution was a pivotal moment in French history that had far-reaching consequences not just for France, but for the whole of Europe. The Revolution began in 1789 with the Storming of the Bastille and ended in 1799 with the rise of Napoleon Bonaparte. In between these two dates, France underwent a period of profound social and political upheaval. The ideals of the Revolution, such as liberty, equality, and fraternity, had a profound impact on France and beyond. The aftermath of the Revolution saw several regime changes in France, culminating in the establishment of the Third Republic in 1870. The French Revolution was thus a crucial moment in the history of France and Europe as a whole.

Exploring Art and Culture in France 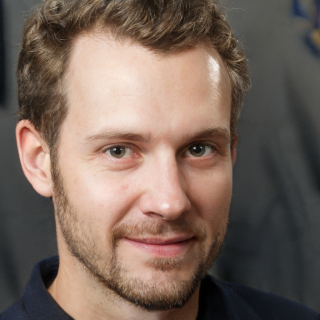